Motorola has announced a new Moto X smartphone called Moto X Force. The claim to fame is its shatterproof display which Motorola claims can resist any type of surface. Moto X Force is the international version of Verizon exclusive Droid Turbo 2 in US. The smartphone features a 5.4-inch display with WQHD (1440 x 2560 pixels) resolution.The Moto X force is basically a supercharged Moto X Style or Pure that was announced in the month of July and launched in India on October 8. Motorola says it has used ShatterShield which consists of an integrated five layers that absorb shock and make the device drop-proof.Under the hood, the Moto X Force comes with a Snapdragon 810 processor coupled with 3GB RAM and 32 or 64GB expandable storage. The smartphone comes with a 5MP front camera and 21MP rear camera previously seen on the Moto X Pure. The Moto X Force starts at £499 for 32GB variant while the 64GB version is priced at £534. Motorola claims a battery life of 48 hours with Moto X Force and it should be one of the first to get Android 6.0 Marshmallow update. 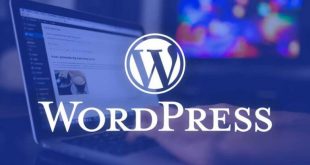